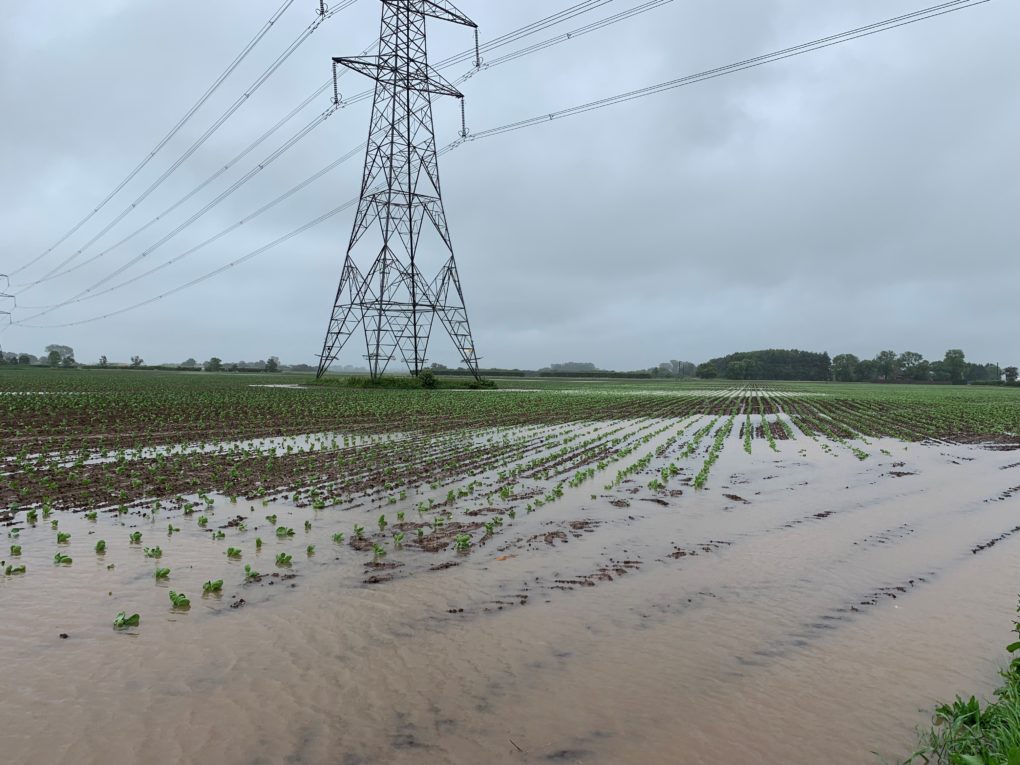 Much of 2018 and a good part of 2019 have been dominated by periods of very dry and settled weather. This has been especially true on much of the eastern side of the UK with even the more northern arable areas experiencing extreme dry at certain points in 2019. As of October 1st, East Anglia has a deficit of 200mm of rainfall for the last 3 years and 72mm for 2019 – in spite of the significant rains experienced over recent days. 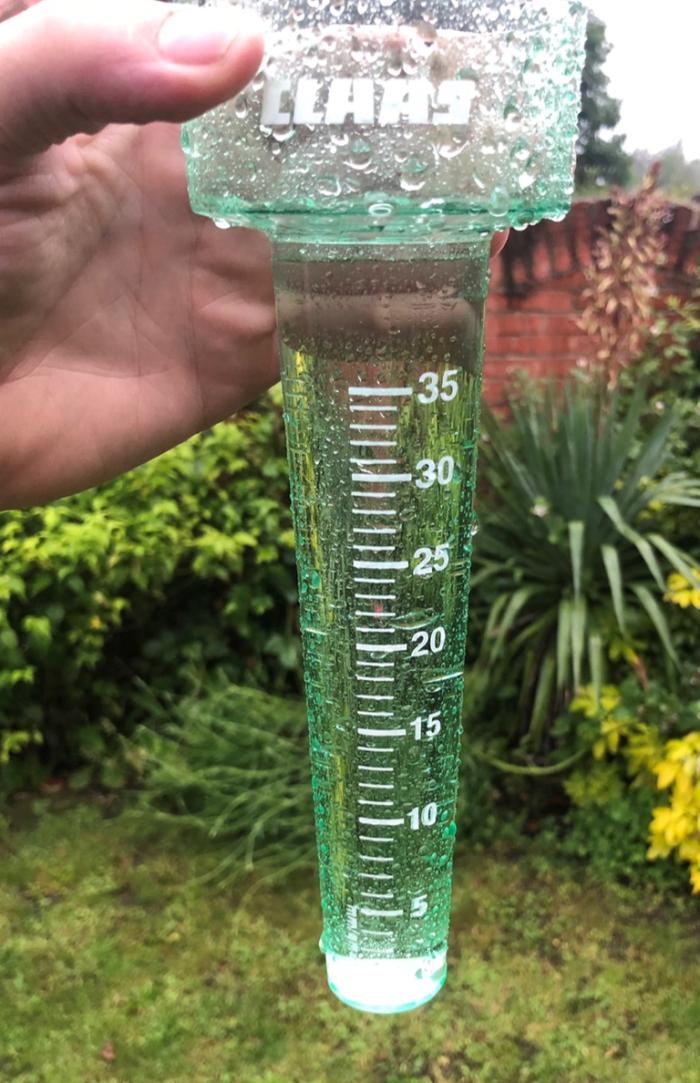 2019 has differed notably from 2018 is that there have been 2 spectacular periods of rainfall so far this year in both June and September respectively. Critically, these spells of wet weather have come at important times of the year for anybody involved in agriculture and the consequences in terms of delays and losses have been significant.

The June rains affected parts of Lincolnshire and the fens very badly indeed causing significant damage to crops which were at a critical point in their growing cycle. Over 200mm of rain fell on some farms in just a week. Similarly, the September rains have caused significant disruption to many farms with machinery and staff held back whilst soils remain too saturated to travel on.

The September weather event has seen parts Lancashire recording over 100mm of rain in just a weekend with much more rain in the days before and after this weather event. Elsewhere, rainfall totals have also been dramatic with many places getting double their average monthly rainfall. Soils in arable fields have quickly reached field capacity months before they generally achieve this status. This has resulted in widespread flooding for many with unwanted scenes of vast swathes of the countryside being buried beneath temporary lakes greeting many communities in recent days as drainage infrastructure and watercourses have become overloaded at the very rapid change in events.

This rainfall has come at a time of year when crop growth is slowing on account of the cooling temperatures and there is limited heat from the sun to pull water out of the soils on account of the autumn conditions. Soils will therefore be slow to dry out and the effects of this rainfall will be felt by many in arable farming for months to come.

These weather events have occurred in the UK at the same time that world climate is also experiencing close scrutiny following many other unusual weather events around the globe. Record snowfall in the USA in September and record breaking heat in many other parts of Europe through the summer of 2019 are just a couple of many examples of some of the extreme global weather events that have been recently observed.

The science behind the ever changing climate which we all experience is hitting the headlines on a daily basis at the moment. In our own tiny corner of the world the apparent and obvious increasing importance of what our land drains are there to do has arguably never had greater significance and importance as we work with our farming clients to create more stable and controlled growing conditions for the crops grown in the UK. The land drains themselves can’t stop the rain, but they can make a huge difference to field recovery post rainfall and they can be the difference between complete crop failure or ensuring a crop can survive and flourish after severe rains.

Change, sustainability and developing a more robust countryside to cope with extreme temperatures and rainfall looks set to play an important role going forwards. Water management will unquestionably be key. The weather stats tell their own story – we all just need to take greater note.

WilliamMorfootLtd @WilliamMorfoot
Monday, January 27th, 2020 at 5:48am
A happy customer this morning after many years worth of silt and debris was removed from the bottom of this ditch by us to allow the water to start flowing again. 🙂 #drainage #watermanagement #farm #ditching #ditchmaintenance https://t.co/oQmUZodkxL
View on Twitter 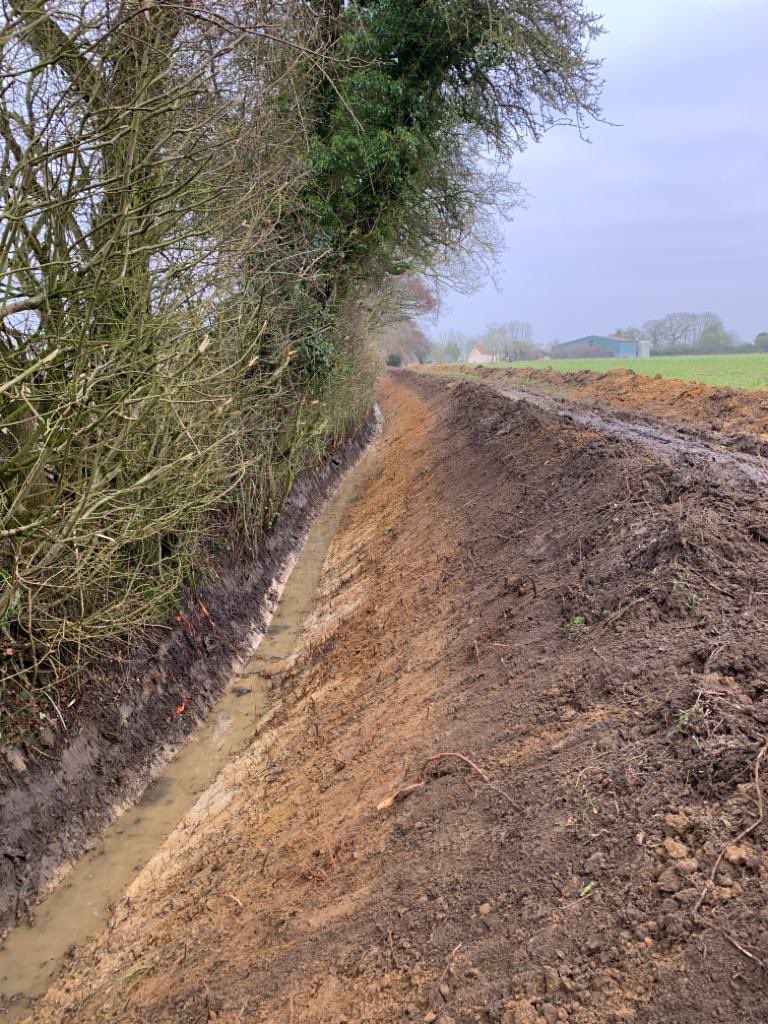 WilliamMorfootLtd @WilliamMorfoot
Monday, January 20th, 2020 at 2:08pm
Incredible feeling to see clear skies and feel some warmth from the sunshine today. The scars of this winter are all too apparent on this field where a significant quantity of potatoes failed to be lifted on account of the wet soils. #LandDrainage #farm #soils #water https://t.co/GuFJzfAcjJ
View on Twitter 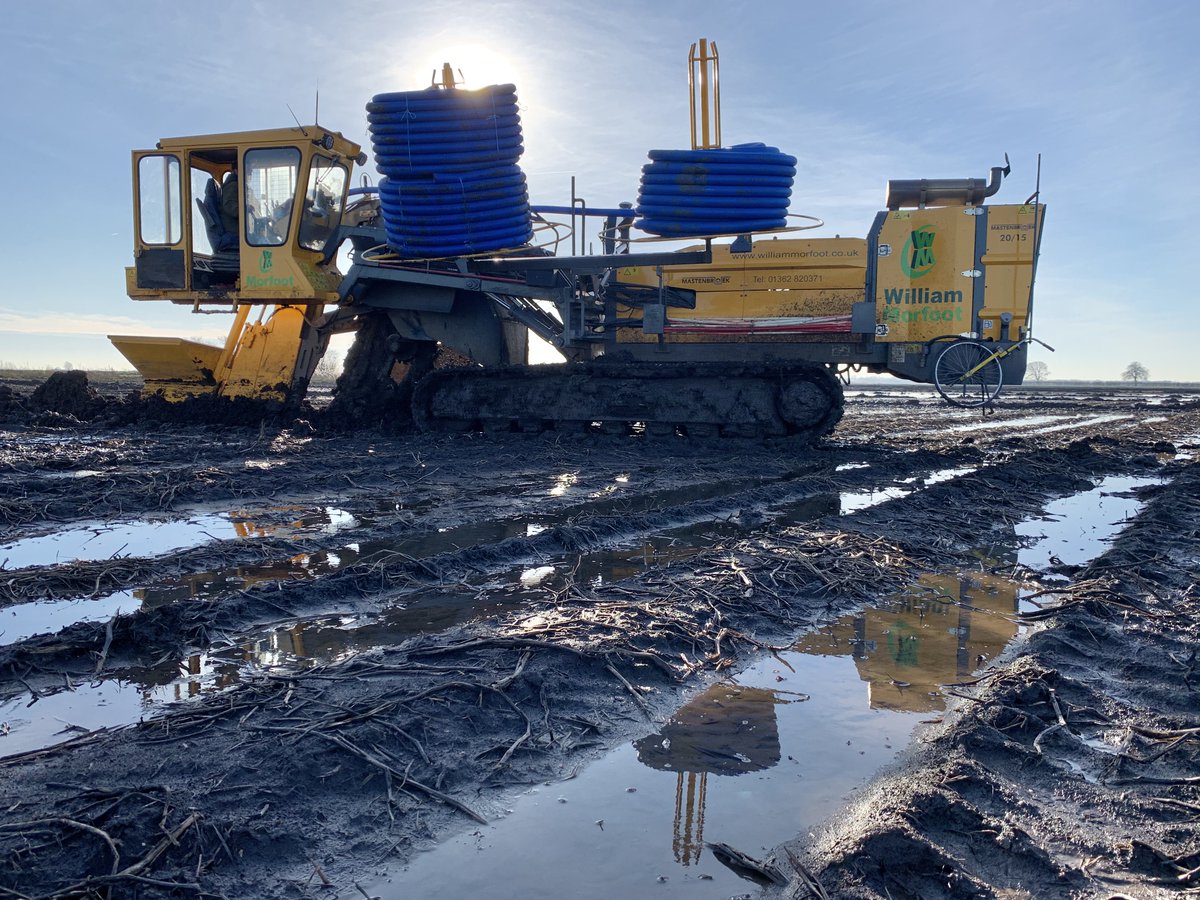 WilliamMorfootLtd @WilliamMorfoot
Wednesday, January 8th, 2020 at 1:48pm
#ditchpiping project happening today. Conditions improving after a let up from the rain over the last few days! 🙂 #drainage https://t.co/PtrX10tDIz
View on Twitter 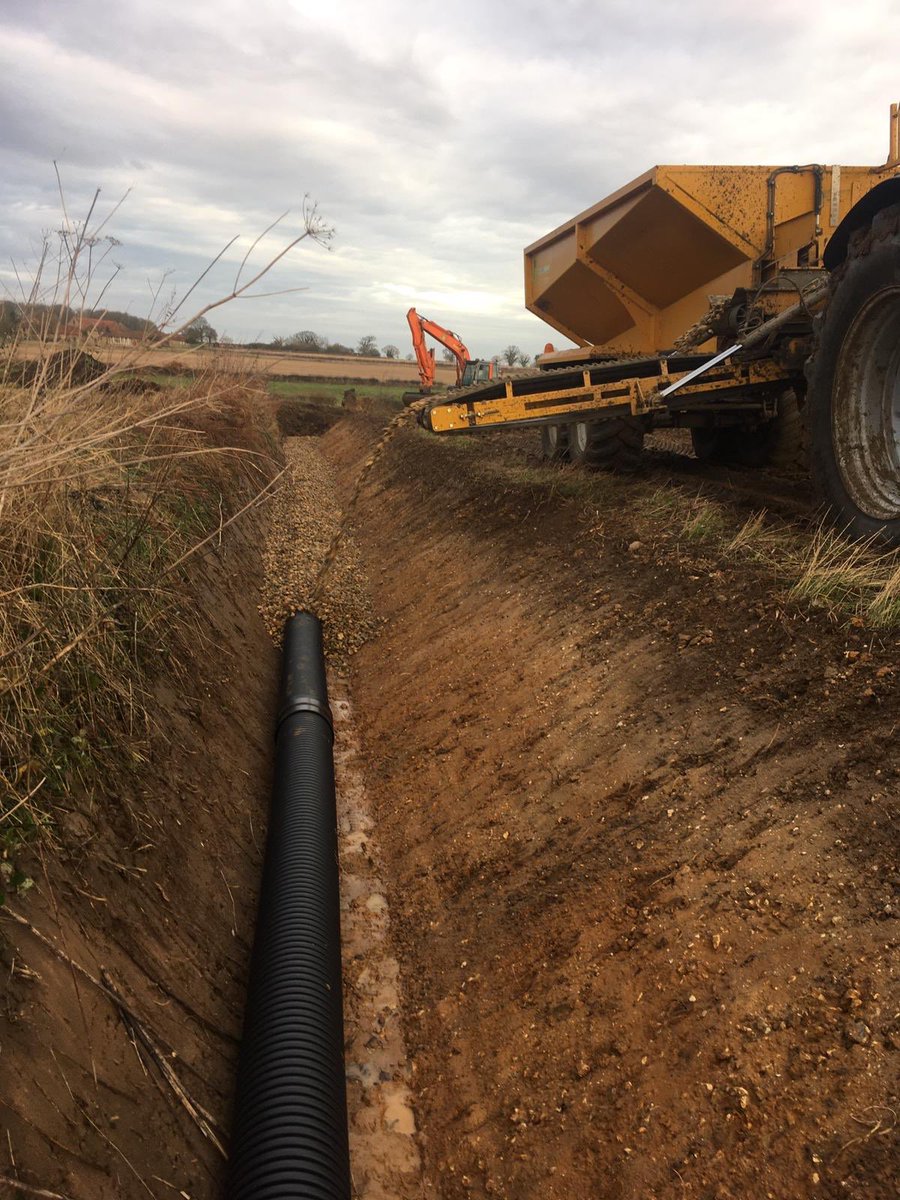 WilliamMorfootLtd @WilliamMorfoot
Monday, January 6th, 2020 at 1:53pm
After a seriously wet autumn, many fields are showing the scars of such a wet time. Our team are ⁦ @lammashow⁩ tomorrow & Weds in hall 10 where you can talk about #landdrainage solutions for your farm to get fields back on track for the future. #farm #soils #water #LAMMA2020 https://t.co/ZtE4mj6KJg
View on Twitter 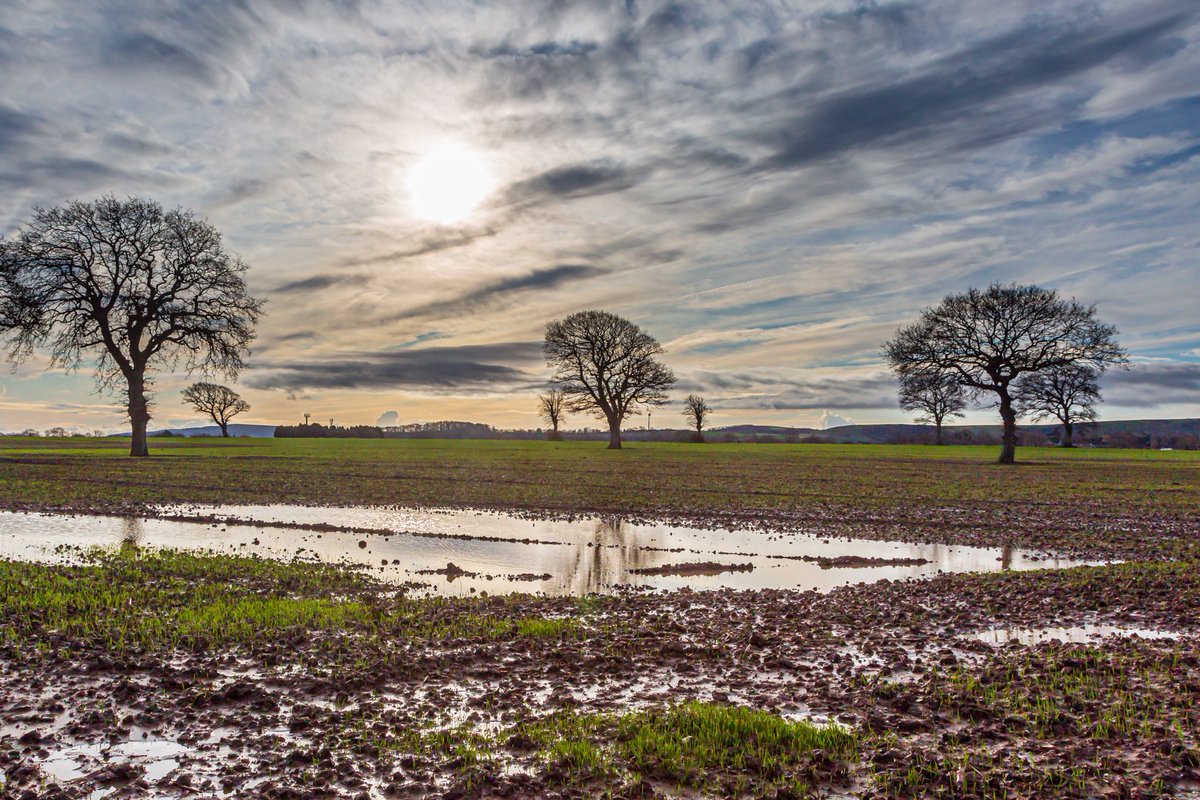 WilliamMorfootLtd @WilliamMorfoot
Monday, December 30th, 2019 at 7:27pm
Focus now switching to a new decade after a tough autumn for many. If the last few weeks has thrown up #land drainage issues on your farm, come and chat to us @lammashow We deliver our schemes nationwide & offer a full design and install service using our own team. #farm #soils https://t.co/DCmkCXdwn8
View on Twitter 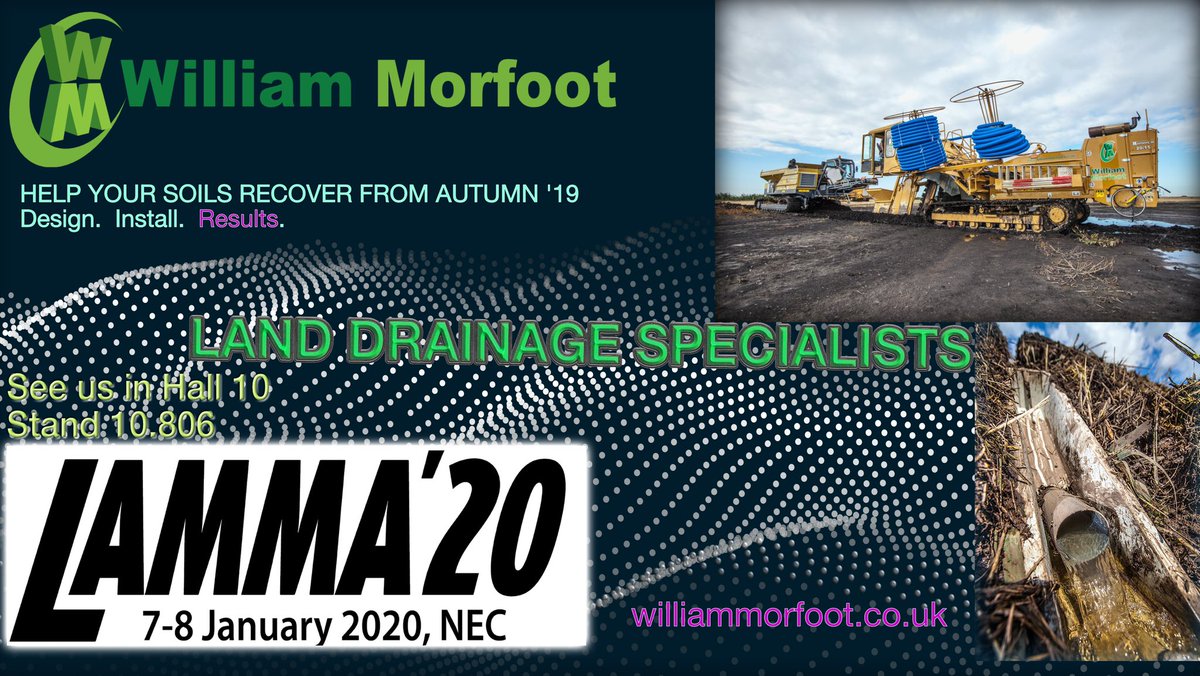 WilliamMorfootLtd @WilliamMorfoot
Wednesday, December 25th, 2019 at 11:54am
Wishing everyone a Merry Christmas and a happy & healthy 2020. 2019 has been a year of incredible extremes with an amazingly dry winter/spring followed by a hot and dry summer (broken up by a massively wet week in June). This autumn speaks for itself...what’s in store for 2020? https://t.co/vQi7ixQETU
View on Twitter 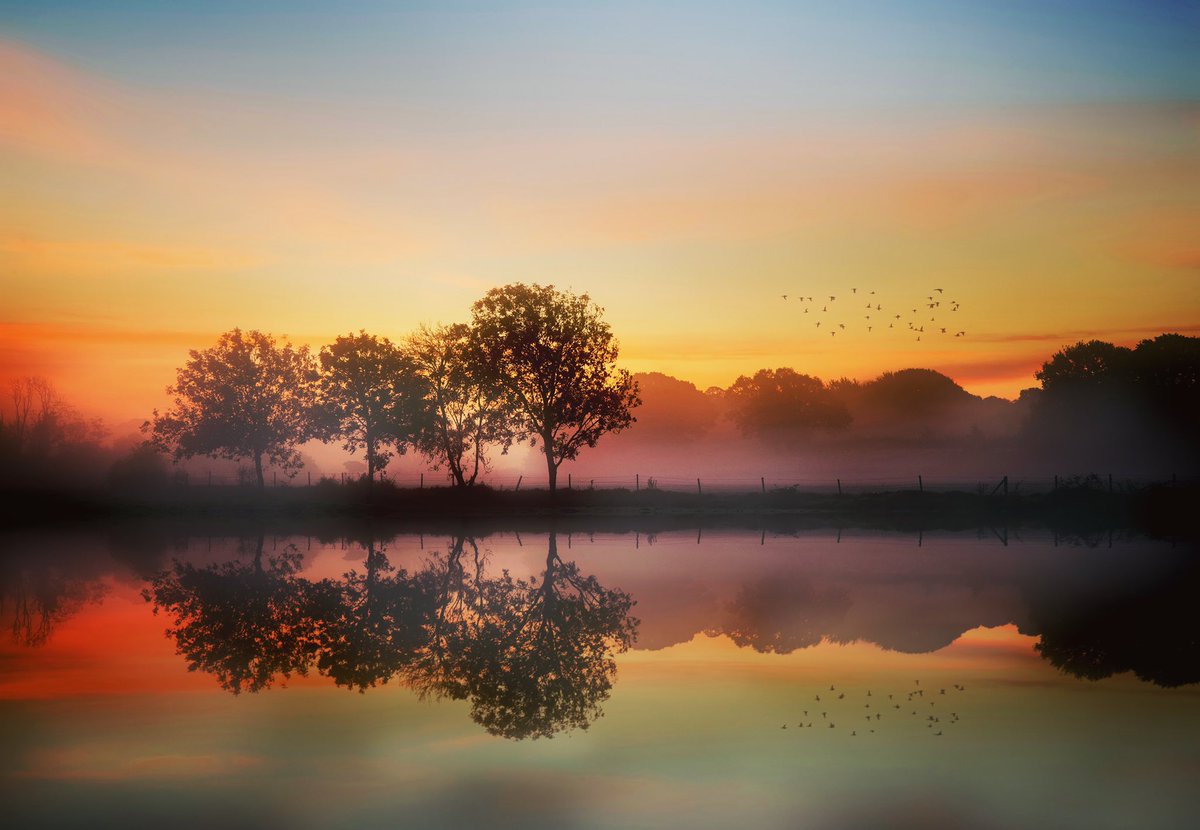